We constantly update this list of useful links that provide information on getting your truck or heavy vehicle licence. Any other questions – Contact Us

Help with your Business 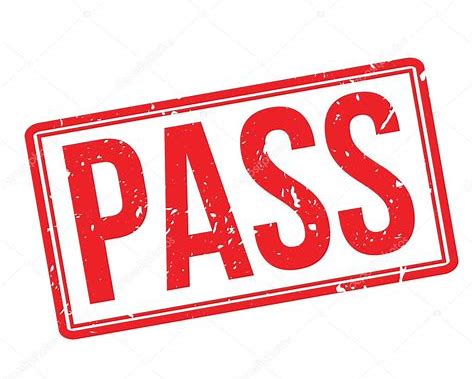 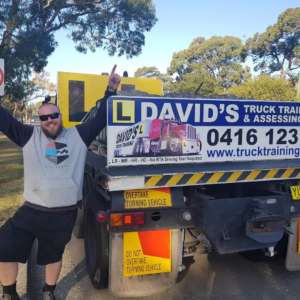 A crash or constantmesh gearbox requires the operator to use the revs of the engine whilst the gearbox is in neutral and the clutch is out to aid in the changing of gears hence the term double declutching i.e. clutch in – neutral – clutch out – select revs – clutch in – select gear – clutch out.

There is no heavy vehicle licence endorsement if:

– under CBA, all competencies, except 36 and 4, have been passed in a vehicle with a constant mesh (crash) gearbox.

This style of gearbox is slowly losing popularity and will more than likely be fazed out completely in the future for more driver friendly gearboxes as has happened in Europe. The trend can be seen here in European and Japanese trucks like Volvo, Mack, Scania, Misubishi and Isuzu.

All drivers who held licences at the time of conversion to the National Driver Licence Classes were issued with a driver’s licence without a ‘B’ condition.

Heavy vehicle drivers who later wish to have the ‘B’ condition removed from their licences can do so by undergoing an RMS driving test in a vehicle which is fitted with a crash gearbox.  The test will be a shortened heavy vehicle driving test, but the same number of “demerit points” will apply. This test vehicle can be any vehicle type authorised by a class MR or higher.  For example, a driver with a class HC licence endorsed with a condition ‘B’ can have the condition removed by passing a short test in a vehicle covered by a class MR, HR or HC licence. It will be possible to remove the condition B endorsement under CBA Assessment at a later date if required.

Davids Truck Training
4.9
Based on 54 reviews
powered by Facebook

Ariel Renard
2021-11-11T06:38:45+0000
Big Thanks to Dave from David’s Truck Training. ⭐️⭐️⭐️⭐️⭐️ five stars from me. Dave patiently sat through 1 hour of my... gear crunching before I decided to opt for the easier Synchromesh Gearbox. He then worked until 9:30pm including a trip down to the Sydney Opera House that was for me, very work relevant … His knowledge and personable manner made the whole learning experience a pleasure … From RMS knowledge test to HR qualified in 48 hrs. 5 hrs on road + 1 hour test. Cheers Dave 🍻read more

Joliet Jake Sadowski
2021-10-25T04:53:51+0000
David is a top bloke and runs a tight ship… He’s an excellent teacher. His fleet is maintained to the highest of... standards and it was a pleasure to drive his truck and go through his school. Thanks David and Brian you guys are absolute legends.read more

Paul Mihalj
2021-10-08T23:02:36+0000
David is such a layed back dude which in turn made the training drive totally stress free and absolutely enjoyable, the... knowledge he showed me reflects on the many decades of truck driving he has. I couldn’t recommend him highly enough if your in need of any level of truck training.read more

Hugh Winchester
2021-07-23T22:19:11+0000
Completed my HR training and assessment with Dave yesterday. Was a nervous wreck prior to meeting him but once I met... him and we got started I felt comfortable behind the wheel. The relaxed environment along with the knowledge and experience Dave possesses puts him well above the rest. I would not hesitate to recommend him to anybody looking to get their truck licence or fine tune their skills behind the wheel. Thank you Dave!read more

Joel Bradbury
2021-06-12T23:48:36+0000
when booking with david i specified that i want unrestricted hr license when he turned up he was in an automatic truck... i questioned him and said i thought this was going to be unrestricted as we discussed he shook it off and said only old rigs have roadrangers/crashboxes. so i took his word, after all he is the proffesional. i did this course to open up my resume and allow me to apply for more different jobs. since recieving my restricted license 9 or so months ago i have applied for numerous jobs and been rejected for my license being restricted to auto or syncromesh manual. very dissapointed feels like ive wasted a substantial amount of money that ill never get back and i will have to pay again just to recieve the license that i stated i wanted to get.read more

Michael Downey
2021-05-19T06:22:50+0000
great bloke. David has great tips for driving the trucks and made my experience easy while learning to drive the truck

Luka Tyson Dixon
2021-03-21T07:31:44+0000
If you want a relaxing training experience, David is the bloke to see, absolutely no stress, alot of laughs and his... training methods can not be beaten, extremely professional as he will show you all you need to know about driving either MR or HR trucks. I did my HR license with David today, I was extremely nervous but 5 minutes with him and i felt like I've know him for years, don't bother with anyone else this is the man to see!read more

Milan Vuksanovic
2020-12-05T07:07:26+0000
Taught me so much made me feel super confident on the test Thanks David for training me everything i need to know in... the simple ways i would highly recommend David for the hr course keep all the pressure of you 😀😀read more

Mark Bender
2020-11-17T06:58:51+0000
A massive thank you to Dave for training me In my HR truck licence today, I had a wonderful day, awesome bloke absolute... professional and I would highly recommend him to everyone who requires a truck licence, 💯 pass pass pass, U ripper Dave.read more

Matthew Ingersole
2020-05-19T10:21:37+0000
Excellent service, very professional and was well trained. I Would highly recommend and Glad I used his training... services. Thank you very much Davidread more

Michael Stewart
2019-10-07T20:16:47+0000
I had an awesome day driving around with David and to top it off got my HR truck licence, perfect. Anyone wanting to do... a truck licence definitely give David a call, great instructor as well as being a really nice guy. Cheers Thanks Davidread more

Philip Chant
2019-02-16T22:16:02+0000
Really enjoyed doing my HR truck licence with david. Great teacher that takes time to show you everything. If your... thinking about doing your truck licence its a no brainer give David a call he is a pretty cool dude. 😀😀😀read more

Brian Baron
2019-02-05T08:24:56+0000
Updated from MR to my HR licence today.David is a great teacher & communicator. His knowledge, tips and instructions... make this process seamless. He makes the day stress less and a worthy experience with a lots of laughs. I thoroughly recommend David’s Truck Training service to anyone who is looking to obtain any Truck licence . Thanksread more

De Ia
2019-01-20T05:12:14+0000
i did some training with david he was fantastic. Great truck driver,Great teacher and on top of all that a great bloke... as well. anybody looking to get a truck license it's a no brainer david is the best😊read more

Josh Jenkins
2019-01-18T06:27:03+0000
David is by far the best teacher I have ever had I will strongly recommend that anyone going for an hr license does it... with David. Cheers david you made the experience very enjoyableread more

Mitchell Gibbs
2018-11-21T06:03:32+0000
I did my MR training with david and I cannot recommend him more! He makes you feel so confident in your ability and he... is great to have a yarn with whilst learning everything there is to know! Thanks for the day David!read more

Sonny Jim Andrews
2018-09-28T08:42:40+0000
Feeling Rigid tonight. Did the HR training & assessment with David today & not only passed but had a really enjoyable... day. Plenty of time behind the wheel, lots of good instruction & tips that work, finally nailed the truckers hitch (one handed as well!). David has a knack of relaxing the driver during the day & building confidence for the assessment! Recommended! Jeffread more

Leon Benjamin
2018-07-29T07:12:21+0000
Excellent service, very professional and was well trained. I Would highly recommend and Glad I used his training... services. Thank you very much Davidread more

Dylan Richardson
2018-07-19T05:36:14+0000
Top bloke, made me feel twice as confident as I was at the start of the day, I barely knew I was being tested, it was... more about learning to drive rather than learning to pass a test Highly recommendread more

Grayson Kinnane
2018-04-03T08:41:08+0000
Dave has a very easy going manner which almost hides his incredible professionalism. A good day of learning thanks Dave.

Shane Boon
2014-02-09T10:46:13+0000
I can only imagine how well David teaches people how to drive trucks these days, I was one of his first students, and... I can say that not everybody can give you the confidence In your ability when your learning something new. He is one of a few people I have met who can lead you through the process and teach you, the way he knows will work for you.read more